In the current era of online processing, maximum of the information is online and prone to cyber threats. There are a huge number of cyber threats and their behavior is difficult to early understanding hence difficult to restrict in the
early phases of the cyber attacks. Cyber attacks may have some motivation behind it or may be processed
unknowingly. The attacks those are processed knowingly can be considered as the cyber crime and they have serious
impacts over the society in the form of economical disrupt, psychological disorder, threat to National defense etc. Restriction of cyber crimes is dependent on proper analysis of their behavior and understanding of their impacts over various levels of society. Therefore, the current manuscript provides the understanding of cyber crimes and their
impacts over society with the future trends of cyber crimes.

Current era is too fast to utilize the time factor to improve the performance factor. It is only possible due the use of
Internet. The term Internet can be defined as the collection of millions of computers that provide a network of
electronic connections between the computers. There are millions of computers connected to the internet. Everyone
appreciates the use of Internet but there is another side of the coin that is cyber crime by the use of Internet.
The term cyber crime can be defined as an act committed or omitted in violation of a law forbidding or commanding
it and for which punishment is imposed upon conviction. Other words represents the cyber crime as ―Criminal
activity directly related to the use of computers, specifically illegal trespass into the computer system or database of another, manipulation or theft of stored or on-line data, or sabotage of equipment and data. The Internet space or cyber space is growing very fast and as the cyber crimes.

SOME TYPES OF CYBER CRIMINALS ARE AS FOLLOWS:

SOME COMMON TYPES OF CYBER CRIMES

Phishing scams are attempts by scammers to trick you into giving out your personal information such as bank account numbers, passwords and credit card numbers. These scammers will contact you out of the blue, via email, text message, phone call or even through social media, pretending to be a legitimate business such as your bank, telephone company or even internet provider.

The scammer may ask you to update them on your details so they can refresh their systems, they may even ask you to fill out a survey as you have the chance to win a prize at the end. But here is where the scammer can get access to your email address, phone number and more.

Another way these scammers get hold of your information is to tell you that ‘unauthorized or suspicious activity has been happening on your account, and they will then ask you for your information so they can “sort it out”.

In fact, they are going to steal from you. Phishing attacks work the same as fraudulent phone calls which people are being educated on.

Online scams, are basically scams that happen online. Whether that’s tricking you into giving out personal details online by an ad popping up telling you you have won something and asking for your card details to pay for shipping. Sadly, you’ll never receive anything but you’ll start noticing weird transactions coming from your bank account.

Malware is the contraction of malicious software onto your system. It’s a piece of software written with the intent of causing harm to data and devices. Malware is the overarching name for different types of viruses such as a ‘Trojan’ and ‘spyware’. Malware is often done through a range of viruses that will get into your computer to cause havoc, by damaging your computer, tablet, phone; so the culprits can steal credit card details and other personal information.

An email bomb is more a form of internet abuse. Email bombing is an overload of emails directed to one email address, this will cause the person receiving the email server to become sluggish or even crash. They may not necessarily be stealing anything from you but having a sluggish server can be a real pain and hard work to fix.

This is a particularly sneaky form of cyber crime. It not only gets a piece of malware (a virus of some sort) onto one part of the victim’s system, but it spreads across other pieces of software.

Without a full and proper quarantine process and safe environment to test in (a sandbox), the next time you open a piece of undiagnosed-as-infected software, the process starts all over again.

Logic bombs act in the same way as a virus but are small programs or sections of a program, which are triggered by an event. This event can be a certain date or time, a certain percentage of disk space filled, the removal of a file and so on.

A program could then delete critical sections of code, rendering your software useless. The people who implement logic bombs are most commonly installed by insiders who already had access to the system.

Internet theft is the broad term for any type of theft that happens over the internet, this can be done through many ways such as fake ads, fake emails, viruses and snooping. The aim of internet theft is to steal your personal information and use it to then steal money out of your bank account or make purchases using your details.

Money generated in large volumes illegally must be laundered before it can be spent or invested. One way to launder money is to do it electronically through messages between banks which is known as a “wire transfer”. It had previously seemed impossible to monitor or screen wire transfers as they occur due to the tremendous volume on transactions going through on a  day to day basis, however, banks are clamping down on the issue and filing away any suspicious activity.

By sourcing the contact details and available account information for savings or investment account holders, fraudsters can adopt the persona of an investment broker. They will then contact customers to entice them with easy and profitable opportunities, but they seem a lot more trustworthy because they talk about accounts you already own and real results. Think of it as a more thorough phishing scam.

Nowadays, thanks to the internet, you can find almost any movie, song or software for free online. Software piracy is the unauthorized use and distribution of computer software. Even though using pirated material may seem good because it’s free, it comes with a range of risks. These risks include: Trojans, viruses, worms and other forms of malware. But it’s also stealing as no proceeds go to the producers of the content.

Despite the humorous name and seemingly innocuous action compared to other cyber crimes in this list, data diddling is the action of skewing data entries in the user’s system.

The results can be huge, however. They might include adjusting financial figures up or down marginally, or it could be more complex and make an entire system unusable.

A salami slicing attack, as funny as it sounds, makes sense once explained. It’s a technique used by cyber criminals to steal money or resources a tiny bit at a time, so there initially isn’t a noticeable difference to the bank account.

The criminal will do this to a number of different sources which accumulates to a considerable amount stolen over time. Salami slicing attackers generally use this technique to steal money.

There are many cases of cyber stalking across the world and it’s especially common with teenagers and young adults. Usually, the victim and the stalker know each other. The victim is usually subjected to online harassment in form of a barrage of online messages and emails. The aim of online stalking is to make the victim miserable or exert control as a perverse way of being in contact with the victim, just like ordinary stalking.

Child soliciting and abuse online is a type of cybercrime where criminals solicit children via chat rooms for the purpose of pornography. It can also come in form of material that shows or describes sexual abuse towards children. A child is regarded as someone who is under the age of 16. This type of cyber crime is heavily monitored by the police.

It can be a threat to companies as well as individuals because the perpetrators may be looking to adopt another persona online. 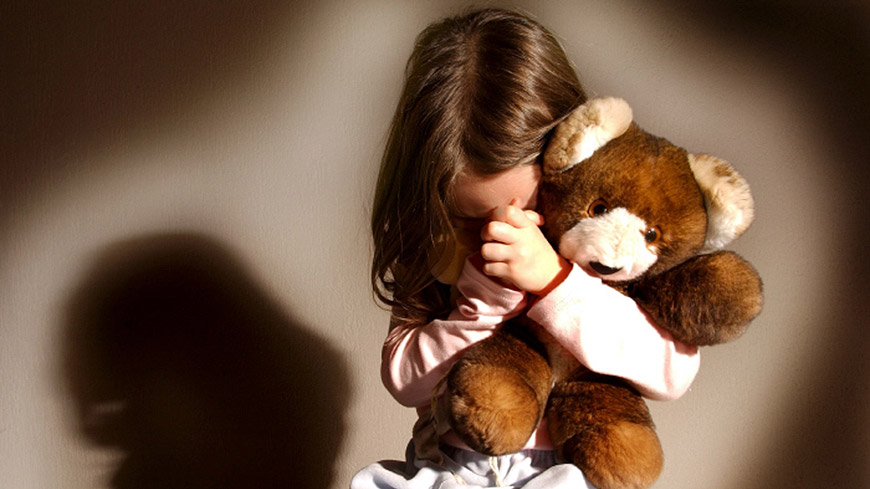 INTERNET IS FUN UNTIL YOU REACH THE DARK SIDE

How to Become a Bug Bounty Hunter From Scratch

How To Install A VPN In Kali Linux

How To Change Username In Kali Linux

How To Install Parrot OS In Virtualbox in 2021